Dollars and Cents – Unraveling the Hype about Cryptocurrencies 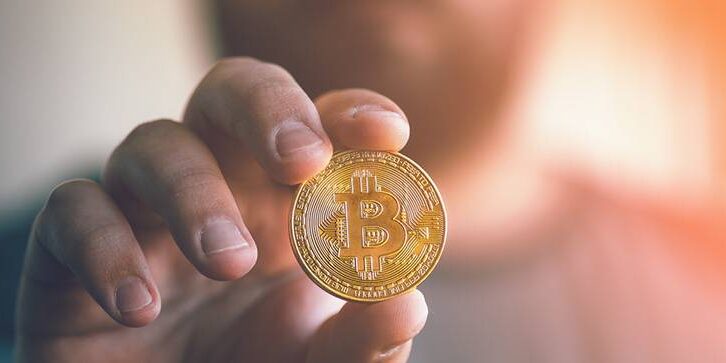 To be honest, trying to decipher cryptocurrencies and the issues surrounding their evolution is a bit like trying to hack through the wall of vines in Sleeping Beauty. It’s thorny and haphazard and constantly sending up new shoots. Cryptocurrencies use a lot of confusing terminology and make an everyday person feel overwhelmed. However, this article will attempt to cut through the chaos and introduce some concepts to get you started on a basic understanding of cryptocurrencies. There are a number of resources at the end to further increase your knowledge.

What is it?
So let’s start at the beginning, cryptocurrencies are digital money that are created from code; they have no physical form and exist only in the network. They are free from governmental oversight (have no central bank) and are monitored by a peer-to-peer protocol. Transactions are added to a public ledger (through a process known as blockchain technology) and new “coins” are created through a process known as mining. Some examples are BitCoin, Ethereum, and Ripple. The birth of cryptocurrencies is accredited to BitCoin’s creator back in 2009.

Still with me? Great! So cryptocurrencies are still a fairly new monetary form and, to some, seem like the Wild West in terms of evolution and uncharted territory. You probably have heard the most about Bitcoin and seen a flurry of headlines in recent months about some crazy numbers involved in the cryptocurrency field. It is true that the market has exploded in the past few years. For instance in August 2017, the total market capitalization of all cryptocurrencies was $30.9 billion. By December 2017 it reached $600 billion. Bitcoin’s value per “coin” reached $19,300 in December 2017 and then dropped precipitously. If you are wondering, you can buy less than one Bitcoin. For example, it can divided up to eight decimal points to suit your budget. As to the number of cryptos on the market, that too is an every growing number with new cryptocurrencies being developed all the time.

How do you use it?
Although there are some retailers who accept cryptocurrency such as Overstock.com, Microsoft and Expedia.com, the majority of buyers are more interested in purchasing “coin” for its investment nature, hoping to capture major future gains. However, anyone interested in doing so must be aware of the hazards in this prickly new world. First, you need to understand that the value of cryptocurrencies is extremely volatile. In fact, according to industry resource Coinspeaker, the prices of some cryptocurrencies may fluctuate from -50% to +50% over the course of a single day. Second, there is inherent risk surrounding the way the technology is set up—its so-called permissionless, public blockchains allow anyone to sign up as a “miner,” meaning there is nothing to stop a criminal from doing so, which can lead to fraud and theft. Some investors (especially more traditional ones) have proclaimed the hype to be following in the foot of the dot-com bubble—especially because they are not backed by company earnings, government, or rule of law. Given all that, cryptocurrency appears to be much more than a passing fad and more and more people are jumping on the bandwagon every day. Here’s a takeaway so far—the more businesses and people that accept a form of crypto—the more stable it becomes. Since value is only based on supply and demand, crypto functions much in the way that commodities do in the stock market. Another reason credited for the accelerated market growth is a younger population that is advanced in tech literacy skills is more accepting of crypto as a means of value.

How to get started
In order to get into the crypto market you need to create a digital wallet and fill it with crypto. (Your wallet stores your private key, a secret number.) The most common way to buy and trade is on the “exchanges.” One such vehicle is American-based Coinbase, which has a user-friendly design and has a good reputation. That is a key point, to use a crypto exchange that has a big name and excellent reputation. Once you sign up for an account, you will need to upload funds. Generally, this is accomplished through PayPal, credit cards, or a bank transfer. (You can also buy crypto with cash with someone in real life, info can be found on www.localbitcoins.com for example.) A point must be made here: some people point to the entire market as a way for criminal types to hide money. Transactions made using crypto aren’t the same as credit card and bank account transactions. They are said to be anonymous because your personal info is not involved. A detailed discussion of whether or not cryptos are truly anonymous goes beyond the scope of this introduction but if you are interested, check out this article.  There are also a ton of resources that offer step-by-step suggestions as to how to set up your wallet and buy on the exchanges—here’s one from Fortune magazine.

Governmental oversight changes likely come
Many early adopters of crypto were driven to the market precisely for its pure market-based structure. But the paradox is that it opens the door to criminal activity and also deters participation due to a lack of security and stability. Today governments are no longer sitting on the sidelines but are instead making inroads on how to deal (and regulate) the crypto market.  For example, Forbes magazine states that officials in South Korea, the world’s third-largest cryptocurrency market, have taken a number of steps to regulate the market including a move to outlaw using anonymous accounts. Regulation initiatives have been made by a number of governments including Russia, Morocco, Australia, Canada, Japan, and here at home. For example, the IRS has forced Coinbase to pass along information about its largest investors. And at a February U.S. senate cryptocurrency hearing, discussions centered on what a near-term U.S. regulatory fate of the crypto market might look like.

Final thoughts
Before investing in cryptocurrencies you need to figure out an amount that you wouldn’t miss (just in case), and do your homework as to how to set up your wallet, use exchanges, and choose a currency you want to purchase. Perhaps do it in theory for a few weeks and follow one currency, just to see what would happen to your investment. Be aware of the pros and cons. A proponent perspective sees the necessity of moving forward with the times and getting educated about how to navigate the market. This viewpoint sees that cryptos can have an enormous impact on society, freedoms, and economics. The alternative view is that the crypto market is a bubble that will ultimately collapse. And perhaps in the near future, governments will start to issue their own regulated form of cryptocurrencies and establish exchange rates, and do all the necessary steps for virtual currency to become more viable and widely adopted. In any case, it is an exciting new world and one worth keeping an eye on.