How to Avoid Sneaky Retailer Tricks

You are here:
Money 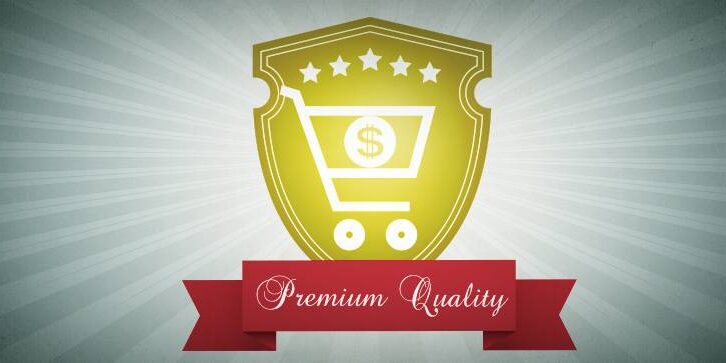 There is a plethora of sneaky ways retailers get you to buy and spend more. They are so sneaky, in fact, that often you don’t even realize you are being worked over. But thanks to me, who is about to share several of these tricks with you, you’ll be able to spot the ruses and protect your wallet.

A store’s soft lighting, relaxing music and pleasant aromas aren’t just for setting the mood—they are competitive advantages. Selling requires a shopper to make an emotional connection with a product, and sensory elements, especially scent, are key to triggering emotion (studies show this). Think about it—how many times have you liked a product because it smelled like “something from your childhood”?

The goal of all this is to get you, the customer, to make a positive association with the brand, hence the soothing music and diffused scents. Also, retailers often employ warm colors on their storefronts to draw people in, and then display cool, relaxing colors inside to encourage buying.

Then, there is the flip side of strategic ambiance. Liquidation stores like TJMaxx and Ross, often make a mess on purpose. Yes, they want their stores to look like a tornado blew through it. Why? Because picked-over, disorganized displays can appear like items are in high demand and thus, have been rifled through by numerous customers.

Like ambiance, a store’s floor plan is equally deliberate. A grocery store, for example, places staple items like milk and eggs at the back of the store so that you have to venture deep into its aisles to get what you need. This exposes you to more products and increases the likelihood you’ll buy more things.

Stores also place more expensive items at eye level, and depending on the business, they also place toys and novelties at kid eye-level.

In an especially sneaky move, according to mirror.co.uk, some stores lay smaller tiles so that the wheels on your cart click faster as they roll over them, which fools you into thinking you’re walking too fast. The result is that you slow down and notice more goods.

Speaking of shopping carts, they too are part of the plot to empty your wallet. Sylvan Goldman, a grocery store owner, invented the shopping cart in the 1930s to make buying more items, and larger items, easier. That’s nice and all, but according to the Daily Worth, over the years shopping carts have increased in size by almost 40%.

Then there is of course, the infamous checkout line, where grocers display an array of impulse buys, e.g. candy, chapstick, magazines. Everyone has been a victim of the checkout line goodies at some point (how else do copies of “Us Weekly” end up in my home?)—it capitalizes on our impatience, boredom and sometimes hunger.

Everyone loves a bargain, and retailers capitalize on this in surprisingly scientific ways. Consider the 99-cent or “left-digit” effect, for example. According to the Daily Worth, a study in the “Journal of Consumer Research” found that an item that ends in .99 or .95 sells significantly more than its pennies higher equivalent. In fact, its psychological pull is so powerful that in one experiment a $3.99 pen outsold the $2 pen by 44%.

Now, how to be a boss about it

The best defense against all of these ploys is simply being aware of them. Knowing you are being manipulated can help you stand up to—and ultimately reject—the temptation.

Be aware of yourself, too. Do you really want that blouse? Whatever the price, it’s not a deal if it just sits in your closet. In fact, if you never wear it, it’s the most expensive item you own. Your main reason for buying something shouldn’t be because it was on sale.

Also, remind yourself what you really need. Sure, ten packs of Snickers bars for $10 seems like a great deal, but do you need ten packs of Snickers? Nutrition aside, if you only wanted one candy bar in the first place, but did the 10 for 10, you’d end up spending around $9 more than you planned. Sure, you got more, but it’s more of something you didn’t need.

Are there ways you resist temptation while shopping? Any other marketing tactics you’ve picked up on and want to share? Let me know in the comments section below.

Simplify Your Finances This Year!
January 27, 2020