You are here:
LocalNews 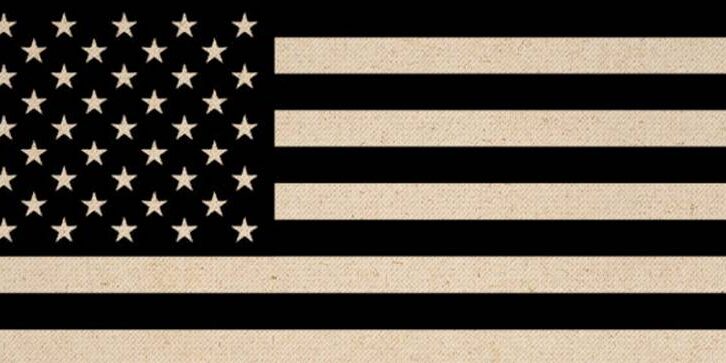 For Veteran’s Day, the folks at SECU and I wanted to not only honor our nation’s military, but a local New Mexican serviceman.

Therefore, I had the honor of speaking with Eloy Ortiz, a Santa Fean and former Marine who served in the naval blockade that took place at the height of the Cuban Missile Crisis.

“Surprisingly, a lot of people don’t know, or don’t remember, the Cuban Crisis,” said Ortiz as we chatted in the living room of his childhood home on Baca Street in Santa Fe. He then held his thumb and index finger together, almost touching, and said, “But we were this close to a third world war.”

The confrontation involved the United States, the Soviet Union and Cuba. It began when American spy planes discovered that Soviet forces had installed nuclear weapons, including medium-range ballistic missiles, in Cuba. Rather than invade Cuba and risk starting an all-out war, President John F. Kennedy instituted a blockade of Soviet ships to Cuba. Kennedy also declared that he would view any missiles launched from Cuba as an attack by the Soviet Union on the United States and the U.S. would retaliate.

It was then that two Marine recruiters approached him and a friend and persuaded them to join their ranks. Shortly after, Ortiz was on his way to boot camp in San Diego.

Aside from a summer he spent in Fresno with an uncle, Ortiz had never left Santa Fe.

He turned 17 upon graduating from basic training, and was then stationed at Camp Pendleton in Southern California. He was assigned to the transportation pool, where he drove everything from a jeep to a tanker around the roughly 1,200 square mile camp.

He was also a talented member of the rifle team at Camp Pendleton, and even competed at Camp Lejuene in Jacksonville, North Carolina. Ortiz kept his patch from his rifle team jacket, which he gave to his grandson, Michael. “I wanted a souvenir, but I couldn’t keep the jacket, that was government property, so I kept the patch,” he laughs.

Ortiz met and married his wife, Fabiola, also a native-New Mexican, at Camp Pendleton too.

Then, one day, Ortiz and 300 military men were ordered aboard the USS Colonial, which would depart from Long Beach, Calif. “We had no idea where we were going,” he said. They did suspect something was going on, however, because earlier in October, the transportation pool was ordered to install fording gears on all the base’s vehicles, transforming them into amphibious landing vehicles.

So, while Ortiz prepared to go to an unknown location for what he assumed was battle, his wife readied herself and their 7-month old son, Daniel, to travel with a friend back to Santa Fe. Fabiola, who entered the living room during the interview, chimed in, “That was hard. I had no one to help me. I was just giving everything away—my curtains, everything.”

When the USS Colonial arrived at Camp Garcia in Cuba, Ortiz and his military buddies had their terms extended by one year, per a COG, or “Convenience of the Government.” “They didn’t know how long we were going to be there,” he explained.

The USS Colonial reached its destination off the coast of Cuba, and joined up with the other ships in the blockade. Ortiz says he was so close he could see the Russian ships emerge from Guantanamo. He could also see their cargo covered by tarps.

Ortiz passed time aboard the USS Colonial tending to various military vehicles on the ship and playing guitar with a fellow Marine. The men slept below the deck in the ship’s hull, which Ortiz says was often eventful. “Waves would hit the side of the ship while you were trying to sleep. A lot of the guys got [sea] sick, but I didn’t.”

Ortiz said he and his fellow shipmates were all afraid of war. “We were all really young. We were wet behind the ears, you know.”

Meanwhile, President Kennedy was playing a pins-and-needles game of political poker with the Soviet Union. Both sides volleyed their military might as a tense American public looked on. Eventually, on Oct. 28, the two superpowers reached an agreement. Soviet Premier Nikita Khrushchev would dismantle his nation’s nuclear weapons in Cuba and President Kennedy would leave Cuba alone and remove U.S. nuclear missiles from Turkey.

“We could see the Russian men on their ships packing up,” Ortiz said. “We weren’t allowed to take pictures, though.” Ortiz doesn’t know why, other than “the generals just said no pictures. No pictures.”

While Ortiz may not have photographs to remember his time aboard the USS Colonial, he still looks back on his service with pride. “It was quite the experience,” he noted.

Ortiz returned to his family in Santa Fe after the events in Cuba. He stayed in the Reserves for two years while working as a cabinet maker at the now closed-Furrow’s. He was honorably discharged in 1963. Now, at 73, he is a courier for TriCore Reference Laboratories and works on his cabinetry part-time.

With our interview winding down, Ortiz demonstrated another pride he has: the Pittsburgh Steelers. The Steelers/Colts game that had been on mute for the duration of our chat was revving up. “He messed that up, he should have stayed down,” he said shaking his head at a player who’d fumbled the ball. (The Steelers ended up beating the Colts 51-34).

I left deeply impressed by Ortiz’s passion for his service and his work (and the Steelers). From his cabinet making to his four years in the Marines, Ortiz puts his heart into everything he does.