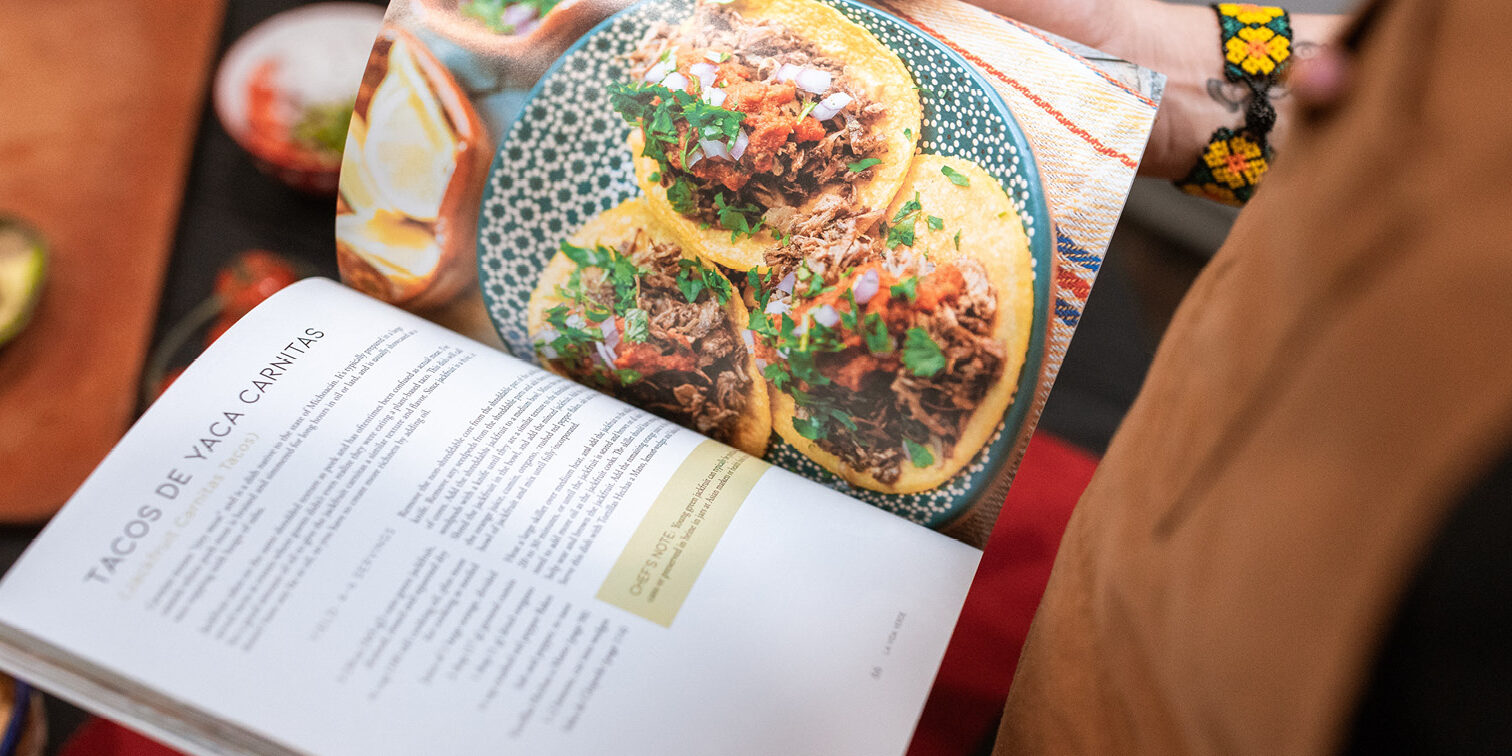 Home cooking boomed during the pandemic, and the trend seems to be here to stay. Around 70% of consumers intend to continue cooking at home after the pandemic. For many New Mexicans, little is better than our homemade regional cuisine. If you don’t have your grandma’s recipes to turn to, New Mexican cookbooks celebrate the state’s favorite dishes. Here, we’ve rounded up eight favorite New Mexico cookbooks for you to enjoy.

Celebrating the Foods of New Mexico

The Santa Fe School of Cooking has been teaching the art of New Mexican cooking for more than a quarter century. So, they know good food. Owners and mother-daughter duo Susan Curtis and Nicole Curtis Ammerman compiled 50 of their favorite recipes from the cooking school in this colorful book.

New Mexican cuisine isn’t just about enchiladas and tacos. From the fertile fields of the Mesilla Valley to those along the Rio Grande, the Land of Enchantment grows abundant agriculture. Author Sharon Niederman traces that lineage with 100 recipes from across the Land of Enchantment in this tasty title featuring honey, pistachios, lavender, sweet peas, and other crops. Photographer Kitty Leaken brings the recipes to life with vibrant photography.

Dave DeWitt, aka the Pope of Peppers, is internationally renowned for his knowledge of the chile pepper. He shares his knowledge widely, and he is a prolific writer and speaker. He collects some of his favorite recipes — along with pieces of food history — from the American Southwest in this cookbook.

The Santa Fe Farmers Market is one of the oldest and largest growers’ markets in the country. Inspired by this bounty, photographer Douglas Merriam — along with seasonal narratives by writer Lesley S. King — brings to life 100 recipes. The book features more than 200 striking photographs of the farms and farmers along with food. And a percentage of the sales from every book benefits the farmers market’s programs.

Café Pasquals has been among Santa Fe’s culinary pantheon for more than forty years. Owner/chef Katharine Kagel began cooking farm-fresh cuisine before it was a trend, and she’s long drawn inspiration from Mexico’s unique regions, which are just now gaining recognition. She has gathered recipes from her “corner café” in this cookbook that will quickly demonstrate why the café has earned a loyal following.

Foods of the Southwest Indian Nations

Lois Ellen Frank is a quadruple threat: she’s a James Beard Award-winning author, photographer, chef, and food historian. She brings her considerable talents to this cookbook celebrating the legacy and recipes of Indigenous peoples of the Southwest.

Taking a nonconformist approach to cookbook writing, author Lynn Cline places 12 figures from New Mexico’s history at the center of this book. From hospitality magnate Fred Harvey to outlaw Billy the Kid, and from artist Georgia O’Keeffe to actor Dennis Hopper, Kline tells tales of iconic New Mexico figures and explores how each shaped the state’s cuisine. Recipes accompany each story.

We hope these cookbooks help your family and friends gather over wonderful meals together!