Artists’ Enchantment With American Southwest on Display in Taos

You are here:
Arts 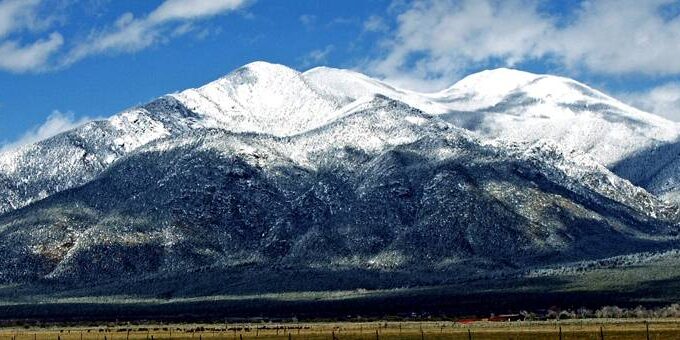 Breathtaking sunsets. Vast skies. Vivid colors. Raw earth. Summer breezes. These are just a few American southwest elements being celebrated currently in the Taos Art Museum’s Fechin House. The exhibit, titled, “Visions of the West,” is collection of 10-15 oil paintings by artists from all over the U.S., including Maine, New York and Ohio—to name a few.

The exhibit is a testament to the magnetism of the American southwest (New Mexico, in particular), and what attracts artists from all over the country to come and capture its unique beauty.

The collection is a joy for anyone who appreciates the simplicity of a warm, southwest summer breeze, a flowering Cottonwood tree, or the glimmer of fall Aspens. The paintings are also for people who appreciate an outsider’s admiration of our region’s beauty.

It’s also fun to peruse the exhibit’s facility: the home of Nicolai Fechin (1881-1955), a Russian-American painter who moved with his family to Taos in 1927. Fechin is considered one of the greatest portrait painters of the 20th century.