What Do Fiestas Mean to You?

You are here:
EventsLocal 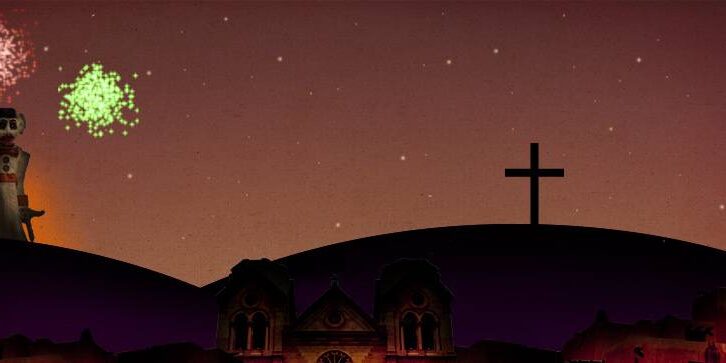 La Fiesta de Santa Fe has been happening in New Mexico’s capital city since 1712, 302 years. Over that time, it has evolved to possess three distinct meanings for the people of Santa Fe: religious, cultural, and social.

The events of Fiesta de Santa Fe pays homage to the resettlement of Santa Fe by General and Governor Don Diego de Vargas on Sept. 13, 1692, and the return of the sacred Marion statue referred to as La Conquistadora, which Santa Fe colonist Dona Josefa López Zambrano de Grijalva saved from a burning church during the Pueblo Revolt of August 10, 1680. De Vargas credited the Marion statue with his successful reclaiming of New Mexico on behalf of the Crown of Spain, and promised to honor her annually with a fiesta.

On September 16, 1712, eight years after de Vargas death, city officials enacted the Fiesta de Santa Fe Proclamation fulfilling his commitment with a promise of “masses , vespers, sermon and a procession through the plaza.” From there, Fiesta was born.

Every year, events kickoff with a series of Novena masses in early summer, where the individual selected to portray the coveted role of Don Diego de Vargas is knighted and La Reina de la Fiesta de Santa Fe™ is crowned. Then, hundreds of Santa Feans retrace their ancestor’s footsteps in a procession, with La Conquistadora, from the Cathedral Basilica of St. Francis to the Rosario Chapel. A series of nine masses, a novena, are held throughout the week. During the first two weeks in September, a host of events take place on the historic Santa Fe Plaza, including a fine art markets, the Pet Parade, the Historical/Hysterical Parade, a Fiesta Gran Baile, free musical entertainment, and a closing candlelight pilgrimage to the Cross of the Martyrs.

Santa Feans also revel in the 90 year old tradition of the burning of Will Shuster’s Zozobra, a 50-foot tall marionette whose burning symbolizes taking away all one’s troubles. This year, Old Man Gloom, as he is commonly known, looked quite different, and it had people talking. He looked a little less like a sad Gumby in a tuxedo with an afro, and a little more like he did in 1924 at his first burning: a classic villain handlebar mustache, bare chest, and a loin cloth.

Zozobra’s makeover was a deliberate homage to the very first days of Old Man Gloom in the late 1920’s, when William Shuster designed the forever ill-fated puppet. Ray Sandoval, chief organizer of the event, told the Albuquerque Journal that Zozobra’s throwback look was in response to many attendees complaining the puppet had strayed too far from tradition.

So, Sandoval and his team delivered Zozobra to his “angry” mob old-school style, loincloth and all.

What does Fiestas mean to you? Tell me in the comments section below.