How Much You Should Spend on People for Christmas

You are here:
BudgetingHolidays & Celebrations 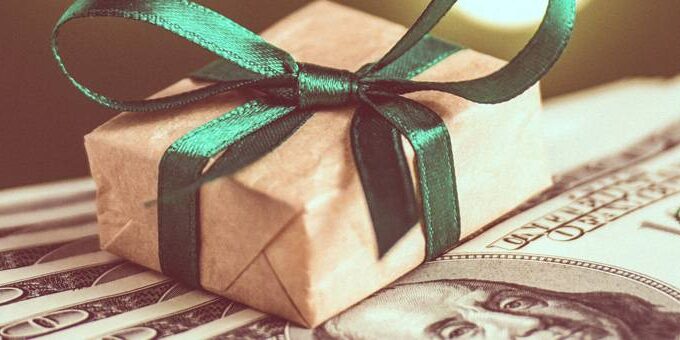 There’s an awkward reality that underlies holiday gift shopping. Whether your gift is from the heart or is an expensive item your recipient has his or her heart set on—what you give comes down to money and interpersonal politics. How much do you really need to spend on your in-laws? Should you bother buying your aunt, the re-gifting queen, a present? How much do you spend on your friends?  Ultimately your answers depend on a host of factors—not least of which is your budget—but sometimes it’s helpful to know how much others are planning to spend. We rounded up some statistics on how much money people plan to drop on their significant other, children, relatives, pets and even Secret Santa, this year, so you can get an idea of how you stack up.

But first, let’s talk about how it’s the most wonderful(ly expensive) time of the year

As a whole Americans will spend $655 billion in 2016 on the holidays, says the National Retail Federation. This figure includes gifts, food and drink, decorations, greeting cards, and postage purchased in November through December. Majority of that money, however, will go to the first category: gifts. A recent Gallup poll found that individual shoppers are planning to spend, on average, $752 on presents.

But how does that $750 break down? Well, let’s take a look. (Note: the following figures have been pulled from a collection of different studies and polls, so they don’t add up to $752.)

It shouldn’t come as too much of a surprise that we shop for ourselves this time of year. When you’re out shopping for others, you’ll often find a few things you yourself can’t live without (and the mega holiday sales only make them more irresistible).

Don’t worry—you’re not alone. According to Rubicon Project’s Holiday Shopping Habits 2016 report, 43 percent of survey respondents admitted they’ll be treating themselves to $322 worth of gifts this holiday season.

Parents are predicted to spend $495 per child this year, according to a survey done by Rubicon Project. This figure is subjective of course, as every parent is different—some have a full-splurge-ahead attitude toward presents, while others take a more measured approach. And then, of course, there are all the parents in between…

According to the National Retail Federation, the bulk of a shopper’s gift allowance is spent on presents for family members, and on average a person spends about $500, regardless of how it’s broken down.

Friends are the family you choose for yourself. They’re also the “family members” most of us will spend less on this Christmas. While nearly three-quarters of Americans plan to purchase gifts for friends, most will drop a little more than $100 on all of their closest pals combined, according to the NRF.

Secret Santa, anyone? Sure, as long as it doesn’t break the bank, Americans say. One-third of NRF survey respondents plan to buy their colleagues a gift (the report doesn’t say if “colleagues” includes bosses), and they’re capping it at $75.

The dog or cat

PwC found that pet owners – almost half of all households in the U.S. – are expected to buy gifts for their animal companions, and they will likely spend an average of $62. However, millennials are the most generous animal lovers, and will likely outspend everyone at $81 each.

The NRF says Americans plan on spending $62.35 on gifts for people who they interact with regularly but who aren’t close friends or family members.

Ends of the spectrum

All of the numbers presented above are averages, so keep in mind they may not tell the full story. For instance, the Gallup poll that found Americans are likely to spend $752 on gifts also found that 23 percent of respondents plan to spend under $250 total. Meanwhile, on the opposite end of the spectrum, 30 percent think anticipate spending $1,000 or more.

Spending limits vary greatly by person, couple, and family. Some happily spend hundreds, others set price limits for all gifts, and then of course, some people spend nothing at all.

Therefore, the best way to decide how much to spend on someone for holidays is: trust your instincts and don’t pay attention to what other people are spending. Do what feels right for you and your budget, and you’ll have a very merry Christmas.

How much do you plan to spend on gifts for your significant other, relatives, kids, pets, and coworkers? Tell me in the comments section below.

The Urge to Splurge: 8 Ways to Resist Your Budget Killers
December 16, 2021