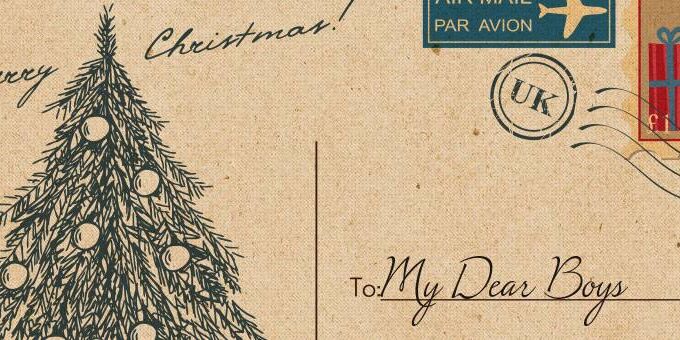 Receiving a handwritten letter from Santa Claus at Christmas time is a childhood dream we’ve all had, and one that will continue to be dreamt by kids for generations to come.

While it’s probably safe to say that we’ll all be waiting…well, a long time…for that dream to come true (though never say never) there is now, for children and adults alike, a solid second-best option.

Letters from Father Christmas is a beautifully crafted compilation of letters written by the world’s most renowned fantasy author, J.R.R. Tolkien. Every year for 23 years, Tolkien wrote a letter to his four children, John, Michael, Christopher and Priscilla, from Father Christmas. The letters told of Father Christmas’ adventures in the North Pole, including battles with bat-riding goblins and the misfortunes of his well-intentioned, but clumsy helper, North Polar Bear. Tolkien included charming drawings with many of his Christmas letters.

Top of the World

Near the North Pole

I am dreadfully busy this year — it makes my hand more shaky than ever when I think of it — and not very rich. In fact, awful things have been happening, and some of the presents have got spoilt and I haven’t got the North Polar Bear to help me and I have had to move house just before Christmas, so you can imagine what a state everything is in, and you will see why I have a new address, and why I can only write one letter between you both. It all happened like this: one very windy day last November my hood blew off and went and stuck on the top of the North Pole. I told him not to, but the N.P.Bear climbed up to the thin top to get it down — and he did. The pole broke in the middle and fell on the roof of my house, and the N.P.Bear fell through the hole it made into the dining room with my hood over his nose, and all the snow fell off the roof into the house and melted and put out all the fires and ran down into the cellars where I was collecting this year’s presents, and the N.P.Bear’s leg got broken. He is well again now, but I was so cross with him that he says he won’t try to help me again. I expect his temper is hurt, and will be mended by next Christmas. I send you a picture* of the accident, and of my new house on the cliffs above the N.P. (with beautiful cellars in the cliffs). If John can’t read my old shaky writing (1925 years old) he must get his father to. When is Michael going to learn to read, and write his own letters to me? Lots of love to you both and Christopher, whose name is rather like mine.

So while I’m sure Santa has decent writing chops (he does a lot of list checking, anyway), I’ll admit that I feel letters written as Santa, by one of the best writers in the world, might be more magical. Because, TOLKEIN.

Suffice to say, Letters from Father Christmas is a dream come true for fantasy-fan adults and their children, who will love hearing the delightful stories read aloud.

You can purchase a copy of Letters from Father Christmas on Amazon.