How New Technology Is Protecting Your Identity

You are here:
security 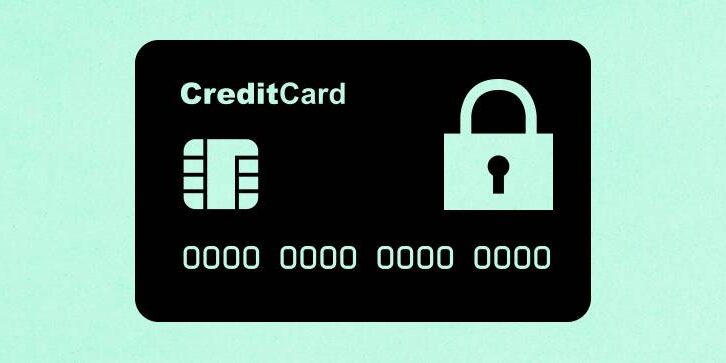 A few weeks ago, I was checking out at Target when I spied a card reader I’d never seen before. For the most part it looked familiar—it had a keypad, screen, and a magnetic card swipe on the side.

What gave me pause, though, was a small, mouth-like opening at the bottom of the machine. I wondered about it for a second, and then dismissed it as one of the million new technologies that I’m terrible at keeping up with.

After the cashier rung up my items, I swiped my debit card in this otherwise familiar terminal, and surprisingly, it sassed me. In response, the cashier, a stoic teenager, informed me that I needed to “insert” my debit card, not swipe it.

“Oh,” I said, and fumbled to insert, as instructed, my card into that small, strange mouth at the bottom of the card reader. A few seconds later it beeped and I was allowed to extract my card. After that, everything went as usual. It asked me if I wanted cash back, if the amount was okay, did I want the full amount on the card, etc. No, yes, yes, done.

After that, I didn’t think much about the funny little machine. I left with my items and never thought about it again.

It was only later I realized that I’d used the first wave of EMV technology, a new, high-tech way to prevent identity theft.

EMV, which stands for Europay, MasterCard and Visa, was developed in response to the recent spate of large-scale data breaches (of which Target was a victim in December 2013) and credit card fraud.

EMV is complicated, but I’ll break it down for you. Basically, it’s dynamic data.

EMV cards (which, FYI, have a myriad of names: smart card, chip card, chip-enabled smart card, chip-and-choice card, EMV smart card), have a computer chip embedded in them that creates a unique transaction code each time you make a purchase.

In contrast, magnetic stripes on traditional credit and debit cards store unchanging data, which if accessed by thieves, can be used to replicate data and make purchases.

“If someone copies a mag stripe, they can easily replicate that data over and over again because it doesn’t change,” Dave Witts, president of U.S. payment systems for Creditcall, a payment gateway and EMV software developer, told CreditCards.com.

Witts also explains that if a hacker stole the EMV chip information from one specific point of sale, typical card duplication would never work “because the stolen transaction number created in that instance wouldn’t be usable again and the card would just get denied.”

So, it’s important to note that EMV technology can’t prevent thieves from breaking in, but it will make it much harder for them to successfully use the data they steal.

What EMV means for financial institutions, merchants and you

For financial institutions and merchants, it means two things: 1) a shift in liability and 2) compliance.

Currently, consumer losses incurred from the use of a stolen or otherwise-compromised card are the responsibility of the payment processor or the (real) cardholder’s bank. However, after an Oct. 1, 2015 deadline created by heavy-weight credit card issuers MasterCard, Visa, Discover and American Express, the liability for fraudulent cards used in person shifts to whoever was least EMV-compliant in the transaction.

For example, say I used my EMV-compliant debit card at Target, but they didn’t have EMV-compliment card readers. If my data gets stolen from that transaction, Target, the merchant, would be liable for the money I lost.

For consumers, complying with EMV technology is less of a hassle.

Take me, for instance. My financial institution sent me a spiffy new EMV card in the mail and I activated it, like I would any other new card. My only struggle, if you could call it that, was using it for the first time. I am confident I will be much smoother the second time around.

What it means for New Mexicans

EMV technology is especially important to New Mexico consumers. New Mexico is only one of three states without merchant data breach laws, which puts consumers and merchants at higher risk for liability in the event of identity theft or a data breach.

“EMV technology gives New Mexican consumers an added sense of security, in terms of liability for losses,” says Harold Dixon, president of the State Employees Credit Union. “It’s a good idea, and we look forward to implementing the new technology to better protect our members.”

Protect Yourself From These 4 Popular Fake Check Scams
September 23, 2016