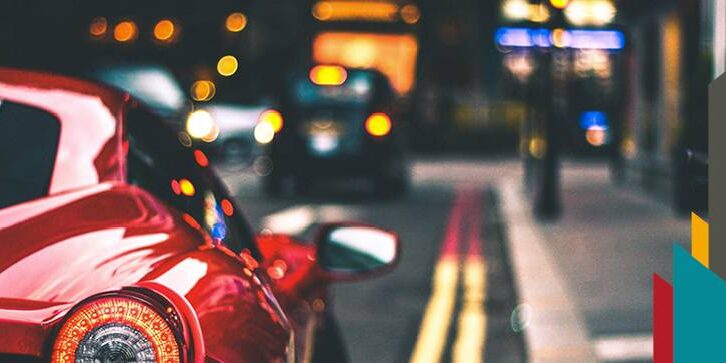 We all could use some friendly advice when it comes to our autos—so here are some of the most common myths out there on the road. Some of this info could even save you some cold hard cash.

Larger Is Safer
Most of us think that if we put more mass around us we’ll be safe from harm in the event of an accident. However, that isn’t necessarily true. The popularity of crossovers, SUVs, and pick-ups is somewhat due to lifestyle, but also due in part to perceived safety value. But according to the Insurance Institute for Highway Safety (IIHS) and its annual car safety testing, only one large pick-up, the Honda Ridgeline, was awarded Top Safety Pick in 2018—as compared to nine small cars and five mid-size cars. It seems that safety features carry more weight when it comes to crash-worthiness than mere tons of weight.

Oil Changes Every 3,000 Miles
For many years, this was the industry standard. But times have changed. Be sure to check your car’s owner’s manual to find out what the true recommendation is—you will probably find you can drive 7,500 miles or more before an oil change is due. This is because today’s motor oils have improved viscosity (they aren’t as prone to sludge build up as older oil types) and this, in combination with better-made engines, has extended the lifecycle of motor oil.

More Fuel Burned Turning Your Vehicle On/Off Than Idling
This is another case of keeping up with the times. While this may have been true in the past, modern fuel injection allows the ignition to occur without expending more fuel than when a car is in idle mode. According to many industry sources, if you are going to idle for more than 30 seconds it is more efficient to turn off the vehicle. In addition, “excessive idling wastes money and produces unnecessary CO2 emissions which contribute to climate change,” says the Green Action Centre.

Red Cars Have Higher Insurance
This is simply not true. Insurance pricing is based on the following:  the year, make, model, body style, and the age of your vehicle, as well as your driving record, how often you drive your car, and the drivers listed on your policy.

Red Cars Get the Most Tickets
Again, this gets a lot of steam in the urban myth category but is not true. According to an annual report pulled together by CJ Pony Parts, white cars get the most tickets, followed by red, grey, and silver vehicles. Curious which car models get pulled over the most? It is the Mercedes-Benz SL class, the Toyota Camry Solara, and the Scion tC—each was between 300 and 400 percent more likely to get a ticket than any other car. Least ticketed cars were the Jaguar XJ, the Chevy Suburban, and Buick Park Avenue (each 90 percent less likely to get a ticket than other vehicles in the survey). Where should you watch your speed? Be extra careful in the top 5 U.S. locations for getting a speeding ticket:  Ohio, Pennsylvania, New York, California, and Texas. Find more interesting ticket data here.

Modifications and Aftermarket Parts Will Void Your Warranty
There is a lot of murky info out there about this topic. Just having an aftermarket part or modifying your vehicle will not automatically void your warranty. The Magnuson-Moss Warranty Act of 1975 states that a dealer must prove that aftermarket equipment caused the need for repairs before it can deny warranty coverage. And according to Car and Truck, the Magnuson-Moss Warranty Act also forbids manufacturers from forcing consumers to use name brand parts on their vehicles. However, it can be tricky. For instance if the reason for parts failure is unclear, a dealer will usually charge you to diagnose the vehicle. Furthermore if the aftermarket part was improperly installed or a modification led to a component failure, the dealer can void the warranty for that part.  Here’s a prime example—say you installed a monster turbo on your car and your car radio stops working. The manufacturer would have to pick up the repair so long as there was no connection between the turbo installation and the radio operation. “But if your turbocharged engine now puts too much power to the transmission and the transmission fails,” explains Car and Driver, “then the manufacturer could deny the coverage on that repair.”

Use Premium Gas
While it is true that most high-performance vehicles require high-octane fuels to run efficiently, the majority of autos will do just fine with standard grade fuel—and premium gas will just cost you more. According to Edmunds, you should first determine if premium gas is recommended or required for your vehicle. If not required, your auto should run just fine on regular fuel.  “The car’s performance might be a half-second slower from 0 to 60 mph—but the average driver isn’t likely to notice.” Here’s another tidbit of helpful information. There is no need to purchase premium fuel on occasion to “clean your engine.”  Experts agree that because of government regulations, most major brands of gas contain enough additives to protect engines (and cut pollution).

Get Regular Tune-Ups
Here is one we still thought was true. But experts agree that regular tune-ups are a thing of the past. Engines today no longer require the “full tune-up” at six month intervals. Instead most cars today only need the replacement of wear parts as they happen. And most new cars have computer systems in place to keep everything on schedule. But it is important to stick to the maintenance schedule of your particular auto to keep it running for a long, long time. Wondering which car brands tend to have the longest life on the road? According to The Newswheel, an online automotive resource, autos with the highest mileage lifespan (often running for more than 200,000 miles) include those from Toyota, Honda, Mazda, Scion, and Ford (trucks).

4WD Means No Snow Tires Needed
Yes four wheel drive (and AWD) will definitely be an advantage during snowy weather in terms of acceleration, but it won’t be any help when you slam on the breaks and slide on slippery ice. Driving in snow requires braking safely and steering with control—and winter tires! CNBC concluded that while AWD’s main benefit in snow driving is helping prevent you from getting stuck, it doesn’t help slide prevention. “Rather than using the grip of all four tires to accelerate, winter tires increase the amount of grip you have at your disposal. So regardless of what wheels your car sends power to, you’ll keep trucking when the AWD crossovers have all smashed into hedges.”

Technology Makes You a Better Driver
OK, so we know that new technology is designed to make the car driving experience safer. Like sensors that tell you if a car is coming too close (lane assist), automatic stop technology, and rear-view cameras. However, all these nifty features won’t prevent a bad driver with poor driving habits from causing an accident. And researchers at the Toronto-based iDAPT (Intelligent Design for Adaptation, Participation, and Technology) claim that driver assist features are not leading to better drivers at all. They found that as drivers got accustomed to the technology they got lazier, and even began to take more risks like drifting out of their lanes, thinking that the safety feature would step in if really needed. Even more shocking was a comment we found from a driving instructor in an article posted on CTV News who discussed the limitations of the new blind spot warning system. “I have actually had someone say to me—and I kid you not: ‘I love that feature because I can keep texting.’”

Hopefully you are now a more well-informed vehicle owner—and will heed some of this advice as issues crop up with your auto. Good luck with your vehicle maintenance issues, don’t rely too heavily on vehicle technology, and consider snow tires as the weather shifts into winter.