Holiday Spin from Around the Globe

You are here:
Holidays & CelebrationsResourcesSECU 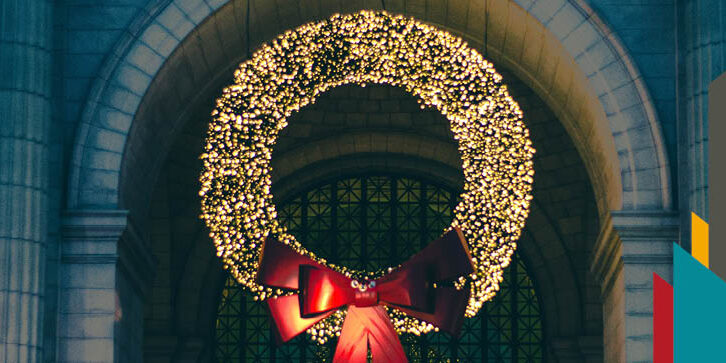 We certainly have our own twist on the holidays in New Mexico—most of us adorn our home with farolitos and luminarias and add tamales and biscochitos to the holiday menu. Perhaps you adore the scent of a live tree you chop down yourself, or you lovingly place ornaments from your great grandma on your tree. In my house, we chop down a cholla cactus each year and decorate it with Mexican tin ornaments and hand-sewn ones made from recycled cloth. Everyone has got their own spin on holiday traditions, but read on to learn about some not-so-familiar holiday traditions from here in the U.S. and around the globe.

Christmas Pickle – U.S.
Apparently some people in the U.S. hide a pickle-shaped ornament on the Christmas tree and the person who finds it first gets an extra gift. It is mistakenly believed to be an old German tradition, but only seems to be a tradition rooted in the States. One myth says that a Civil War soldier of German descent who was near starvation begged for a pickle from his captors for strength. Another myth centers on St. Nicholas rescuing two boys from a pickle barrel. But the truth probably was that ornament retailers created the myth to sell ornaments!

Elfapalooza – U.S.
In Mobile, Alabama, thousands of people dress up like elves, pointy ears and all, in an attempt to break the Guinness Book of World Records for most elves in one place. (The current record holder is Bangkok, Thailand.)

Elf on the Shelf – U.S. and beyond
A relatively new Christmas tradition centers on the hiding and seeking (by families) of a toy elf, known as the “scout” elf who was sent from the North Pole to keep the kids in check and report their behavior back to Santa. Each morning the elf will be found in a new location since it travels back from the North Pole. The world was first introduced to the Elf on the Shelf in 2005 with the children’s book called The Elf on the Shelf: A Christmas Tradition. Here are some creative ideas for your elf, courtesy of today.com.

Krampus – Austria, Germany, Hungary
I first heard about this strange tradition on an episode of Anthony Bourdain (may he RIP) and boy did it look creepy. In December, young men dress up as Krampus, a beast-like creature that punishes bad children. These “demons” roam the city streets, particularly on Christmas Eve, scaring naughty kids with clattering chains and bells. Bad children in the U.S get coal, but other bad children around the world get a visit from Krampus.

Hidden Brooms – Norway
This seems like a holiday mash up! Centuries ago Norwegians believed that witches and evil spirits came out on Christmas Eve and so they would hide their brooms on Christmas Eve—and the tradition continues today.

Spider Web Tree – Ukraine
According to Ukrainian folklore, a poor family in the Ukraine grew a Christmas tree from a pinecone but was too poor to decorate with ornaments. On Christmas morning they awoke to find their tree decorated with spider webs spun by caring spiders. Today Ukrainians welcome good luck in the New Year with spider web decorations on their Christmas trees.

Night of the Radishes – Mexico
Here’s a different take on the sweets of the season—where holiday celebrations feature impressive displays of oversized carved vegetables and in particular carved radishes. In Oaxaca, Mexico the Night of the Radishes (Noche de Rabanos) dates back to the late 1800s and still is a popular highlight of the holidays. The radishes are grown for the event and are carved to create scenes like the Nativity and stories from Mexican folklore.

La Befana – Italy
In Italy, children anticipate the arrival of La Befana (giver of gifts) who is an ugly but kind witch who bring gifts via a broom and comes down the chimney – but not on Christmas Eve but on the eve of Jan. 6 (Epiphany). While
the tradition bears a similarity to old St. Nick, LA Befana dates to the 13th century. (Kids in Italy also await the red-suited Babbo Natale on Christmas Eve.)

KFC Dinner – Japan
Talk about weird. In Japan, Christmas is synonymous with eating KFC fried chicken—and people need to pre-order their meals or miss out. A clever marketing ploy in the ‘70s established this tradition, which still exists today. According to the BBC, an estimated 3.6 million Japanese families eat KFC during the Christmas season.

The Yule Cat – Iceland
This is one baaad kitty. In Icelandic folklore, the Yule Cat (Jólakötturinn) is huge and vicious and lurks around during Christmas, devouring people who aren’t wearing new Christmas clothes. This enforcer of good behavior (and good fashion) is tied into the belief that anyone who finished their chores before Christmas would get new threads and those who were lazy (and therefore didn’t have new clothes) would face the wrath and teeth and claws of the Jólakötturinn.

Yule Goat – Scandinavia
Here’s another take on yuletide creatures. In Sweden’s Gävle Castle Square, a giant straw goat is erected annually (since 1966)—a tradition based on Norse legends. (The history of the Yule Goat goes back thousands of years.) However, in 1993 the Castle Square Yule Goat broke the Guinness Book of World Records for being the world’s largest straw goat at 49 feet tall; that’s about the same height as Santa Fe’s Zozobra. But unlike Zozobra, which has a safe and controlled burn process, part of the Yule Goat tradition is to surreptitiously burn him down. He has been burned down successfully 29 times, with the last being in 2016.

Roller skating to Mass – Venezuela
OK – well this can only happen in a location where December temperatures hover in the 80s, right? Residents in Caracas, Venezuela roller skate to early morning mass services between Dec. 16 and 24! Streets are closed to cars by 8 a.m. so it seems like you either have to strap on some skates or take the long way around!

Holiday traditions are a great way to heighten the yuletide experience—through food, decorations, events, and more. Sometimes they even creep into scary territory—I’m taking about you Krampus and Yule Cat! But warmth and the spirit of giving always win out in the end—and creating special times with family and friends.