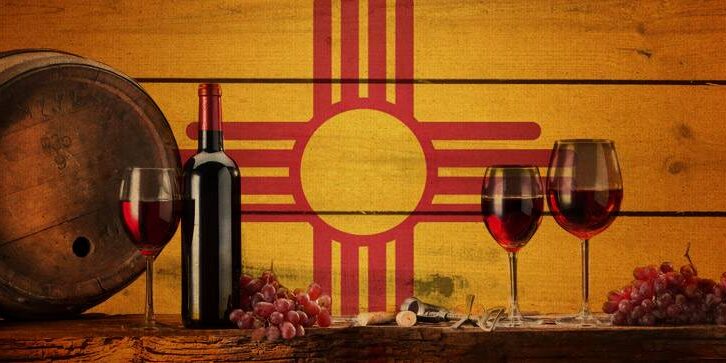 That New Mexico is the oldest wine-growing region in the U.S. is a fact not as well known as it should be. I myself was unaware of this tidbit until the host of a wine tasting at the Casa Rondena Winery in Albuquerque poured my friend and I the “1629,” Casa Rondena’s trademark vino, named after the year the first vitis vinifera was planted in North America.

Upon further investigation, I discovered that Catholic monks, in need of a local source for wine for their daily masses, smuggled the vines into the region (south of what is now Socorro). The Spanish government banned raising grapes in the New World as a way to protect its own wine trade with colonists, but since the monks were in such remote area, Spanish government officials loosely enforced, if not ignored entirely, the ban.

As my friend and I sipped the “1629,” a slightly spicy, earthy red, in the mossy stone winery, our wine tasting host explained that because New Mexico’s wine industry isn’t as large as those of west coast states, like California and Oregon, which its interesting history on the topic is not as well known.

It makes sense. However, while New Mexico is not the largest wine producer in the U.S., it isn’t the smallest either. According to Beverly Stotz, executive director of the New Mexico Wine Growers Association, the state’s 47 wineries produce approximately 500,000 gallons of wine annually, and in 2012, the industry generated $58.6 million.

New Mexico’s high-desert climate makes it fertile ground for wine making. The grapes like dry, temperate weather, lots of sunlight during the day and significantly cooler nights. Wine grapes are adaptable plants, however, which is why vineyards exist all over the world.

And while I love me some Côtes du Rhône, I am ever intrigued by New Mexico’s varietals. If you too, are intrigued, and would like to sample some of New Mexico finest vino for yourself this spring or summer, check out the following wineries and events:

It’s New Mexico’s largest winery, and produces more than 70 different wines. Sip their award-winning St. Clair Reisling at their cozy bistro locations in Albuquerque, Las Cruces, and Farmington, or at the tasting room in Deming.

The setting is stunning and its tasting room is warm and inviting. I’m not one for sweet wines, but the tasting concludes with their Animante (Port) and a spoonful of their decadent Chocolate Merlot Wine Fudge. It is seriously to die for.

Halfway between Santa Fe and Taos is Black Mesa Winery. This beloved winery produces a diverse range of varietals and blends, largely because they harvest grapes from other, smaller vineyards and wineries throughout New Mexico. Everything is bottled in Velarde.

Gruet Winery doesn’t boast the sexiest location—it’s on the side of I-25 sandwiched between Aloha RV and Tuff Shed, but it does have bragging rights to the best bubbly in the Land of Enchantment. They also make small amounts of Pinot Noir, Chardonnay and Syrah.

The event is open Saturday, Sunday, Monday from 12 p.m. – 6 p.m. Eat, drink and listen to live music all day long. One ticket is good for any one of the three days.

Sample the best of Santa Fe’s world-renowned restaurants at this grand food and wine tasting, held at at the Santa Fe opera.

I didn’t include all of New Mexico’s fine wineries, but that doesn’t mean they aren’t top-notch. What is your favorite winery in New Mexico, or your favorite New Mexican wine? Tell me in the comments section below.