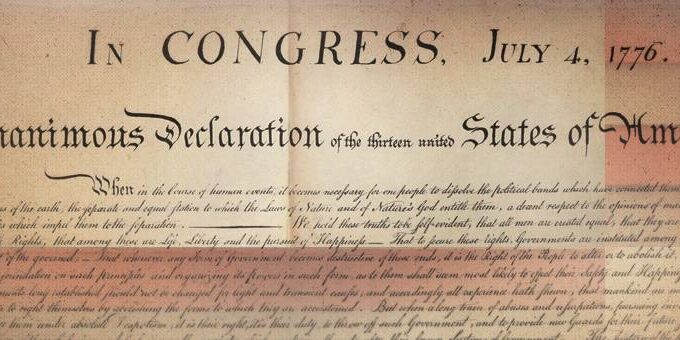 America is turning the big 240 this year. History books teem with stories from her nearly two and half centuries-long existence, many of which Americans know by heart (or not at all…oops), but there are several tidbits that never made it into widespread circulation.

1. We might be celebrating the wrong day. The Continental Congress voted for independence from Britain on July 2, 1776, but didn’t adopt the official doc, the Declaration of Independence, until two days later. What’s more, nearly a month went by before it was signed. What took so long?

2. It took a while to become a national holiday. Massachusetts got the ball rolling in 1781 when it declared July 4 a holiday, and Congress followed suit…89 years later. It passed a bill recognizing Independence Day, Christmas and New Year’s Day as federal holidays. However, July Fourth wasn’t recognized as a paid federal holiday until 1938.

3. The average age of those who signed the Declaration of Independence was 45. The youngest delegate was Edward Rutledge, 26, of South Carolina. The oldest was Benjamin Franklin of Pennsylvania at age 70. Thomas Jefferson was 33.

4. More than one copy of the Declaration of Independence exists. According to the History Channel, after the Declaration of Independence was adopted, copies of the document were made and distributed to newspapers, local officials and troops. Of the hundreds thought to have been printed, only 26 copies survive. Most are held in museum and library collections, but three are privately owned. One was found in 1989 inside a picture frame a man bought at a flea market.

5. July Fourth marks other—more somber—moments in U.S. history. In a bizarre, though perhaps apt, twist of fate, both presidents Thomas Jefferson and John Adams died on July 4, 1826. James Monroe died on the same day in 1831.

6. In more upbeat news, Americans eat a lot—A LOT—of hot dogs on the Fourth of July. An estimated 150 million hot dogs will be consumed this July 4th.

7. No one really knows where the hot dog came from. But here’s a good guess. (Bet you didn’t know there was a National Hot Dog and Sausage Council, either).

8. They watch a lot of fireworks too. More than 14,000 July Fourth fireworks displays are held across the nation. Oooh. Aahhh.

9. The Macy’s Fourth of July Fireworks Show in New York City is the largest fireworks show in the country. More than 40,000 shells are launched and it takes 12,000 pounds of black powder to launch them.