You are here:
FoodHolidays & Celebrations 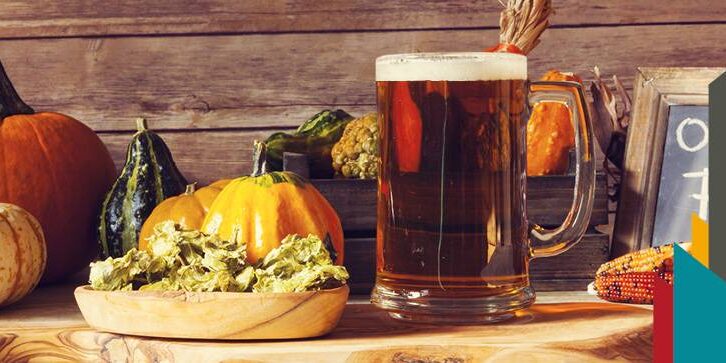 As the temps start to dip, many New Mexicans start to think snow, while others think Oktoberfest! The roots of Oktoberfest date back to the early 1800s in Munich—when a week-long celebration marked the marriage of Crown Prince Ludwig to Princess Therese von Sachsen-Hildburghausen. It has expanded to more than 16 days of feasting in Germany (6 million people attend the Bavarian celebration annually) and locations around the world also enjoy the oompa music and traditional food and beer associated with this massive event.  Wunderbar. Let’s get started.

Set the Stage
Raising your “stein” while donning lederhosen is one sure way to get into the spirit of Oktoberfest. We scouted some low cost lederhosen ($5) and dirndls ($14.99) on ebay—so check out economical resources before dropping major coin. Another idea to consider is decorations. The colors of the Bavarian flag, checked light blue and white, are a good way to present the traditional Oktoberfest theme. So perhaps hang a Bavarian flag, banners, and use evergreens to recreate a German feel. How about making your own German alpine hats? We found a nifty crafting video on YouTube.

Beer Here
It is no secret that beer plays an important part of any Oktoberfest celebration—the biergardens at the German event are the stars of the show.  You certainly can find many Oktoberfest-style beers populating your local grocery and liquor stores right now. However another way to go is to create an authentic German party with beer from the approved Munich breweries that have tents at Oktoberfest. According to backyardoktoberfest.com, the only ones that ship worldwide are Hacker-Pschorr, Hofbräu, Paulaner, and Spaten Oktoberfestbier (four out of the approved six). Another option is to check with your favorite local brewer and see what they’ve got—many have a seasonal brew or two in honor of the quaffing festival. For instance, La Cumbre Brewing has got a special Oktoberfest Lager and also offers A Slice of Hefen year-round. A seasonal Oktoberfest brew also is available at Santa Fe Brewing—and the company recommends it be paired with grilled or roasted meats and  sausages, and nutty cheeses like Manchego or a mild Gouda.

Glorious Food
A good place to start is the Bavarian warm pretzel. And certainly add lots of sausages to your menu along with German potato salad and sauerkraut. According to Food & Wine magazine, other big draws include roasted chicken, roast pork (schweinebraten), roasted ham hock (schweinshaxe), and potato pancakes (reiberdatschi). One traditional dish that is relatively easy to make is spaetzle—a fluffy flour dumpling with a unique shape. According to the Food Network, the dough goes through a ricer, colander or grater to create drop-like noodles. Get the recipe and see a demo here. For dessert, consider an apple strudel, heart-shaped gingerbread cookies, and German chocolate cake. https://www.foodnetwork.com/recipes/tyler-florence/spaetzle-recipe-1913493

Although a number of festivals in New Mexico happened earlier this fall, there’s still a biggie coming up in Ruidoso. The Ruidoso Oktoberfest takes place Oct. 19-20. This annual event has been going strong for more than 35 years and features German food, beer, live German music and dancing.

One popular activity during any Oktoberfest party is singing Ein Prosit with great frequency (like every 20-30 minutes). Every time this song is played, partygoers stand up, sing along, raise their glasses, and at the end take a drink. Below we have provided the lyrics courtesy of BierhausNYC, which you can print out and provide. Visit YouTube to hear various renditions of the popular ditty.