You are here:
EventsFoodHolidays & Celebrations 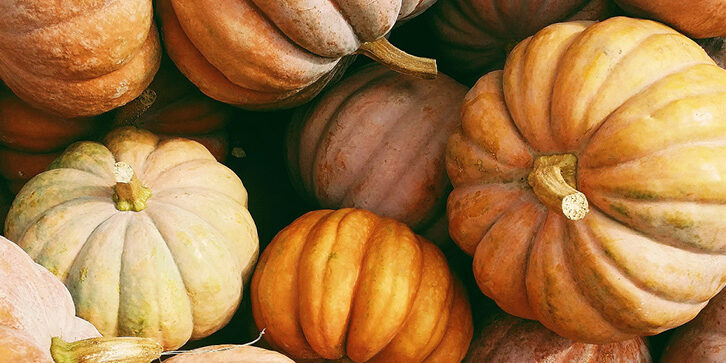 New Mexicans enjoy the fall chile harvest season so much it practically reaches the status of a state holiday. That top crop isn’t the only one that makes up the season’s agricultural abundance. New Mexico’s farms and u-pick fields welcome shoppers and visitors for chile, apples, raspberries, pumpkins, and other seasonal fun, like corn mazes. Here are some of the best places around the state to enjoy fall’s bounty.

Families can enjoy the chile harvest at Big Jim Farms’ U-Pick Green Chile Field in Los Ranchos de Albuquerque. Jim Wagner and his daughters operate the experiential field where kids can see where their food comes from as they pick ripe Big Jim chiles straight from the vine. The Wagner family has farmed in New Mexico for generations and operates another fall favorite in Corrales. The u-pick season runs from late August through September, or until the chile runs out.

The Manzano Mountain Retreat, in the Manzano Mountains near Mountainair, has been a working apple ranch for more than 45 years. It grows and sells one of the state’s largest varieties of apples. There aren’t u-pick fields available; however, visitors can shop for 37 varietals here.

In the Albuquerque area, Hays Honey, in Bosque Farms, and Alary Farm, in Corrales, welcome visitors to their bucolic farms to shop for apples at the source.

If you’re up for a road trip, take a drive to Cadwallader Mountain Farms and Orchard between Cloudcroft and Alamogordo. The ample orchards offer several varieties of u-pick experiences. During the summer, pluck sweet Bing and sour pie cherries, as well as peaches from the orchards. By fall, the apple trees are heavy with fruit. Call ahead to check on harvest dates and available crops (575) 682-2351.

Raspberries might not be the first fruit that comes to mind when you think of New Mexico crops, but the juicy red morsels grow well in our climate. The Salman family cultivated raspberry fields outside Mora for generations before turning over the reins to the Abell Family in 2016. Although the fields there now have a new name—La Cueva Farm— longtime New Mexicans will find familiar sights and tastes there. The farm has long rows of raspberry bushes dripping with ruby fruit in the u-pick fields and delicious raspberry-vanilla soft-serve ice cream cones in the Mill BBQ Cafe.

Families can see where some of the fruit for the famous Heidi’s Raspberry Jam is grown in Corrales. Heidi’s operates u-pick fields where the public can pluck pints of the sweet morsels straight from the bushes. Heidi’s u-pick season begins with blackberries in July.

The raspberry u-pick fields in both La Cueva and Corrales have fruit available mid-August and through September, or until the fruit runs out.

Visiting McCall’s Pumpkin Patch, in Edgewood, is a favorite tradition for many families. Plan to spend several hours here riding a hay wagon into the fields to pick your favorite pumpkin, hanging out in the petting zoo, and exploring the corn maze.

Wagner’s Farmland Experience, in Corrales, is another one-stop spot for fall fun. It offers a corn maze, pumpkin patch, petting zoo, and hayrides. The season runs mid-September through October.

For more than 20 years, the Maize Maze has taken over eight acres of the Rio Grande Community Farm in Albuquerque. You’ll get a several-mile walk wandering through the mazes, which have been shaped like everything from a pirate ship to a Zia in previous years. The family festivities also include pumpkin harvesting and painting, giant games, and live music. Check the schedule to visit the maze at night, when things get spooky in the field. Other special events offered have also a bike-in movie night, vintage truck and tractor festival, and Halloween costume contest, which round out the fall fun on the farm.