Is Today Presidents’ Day? Not in New Mexico, Technically 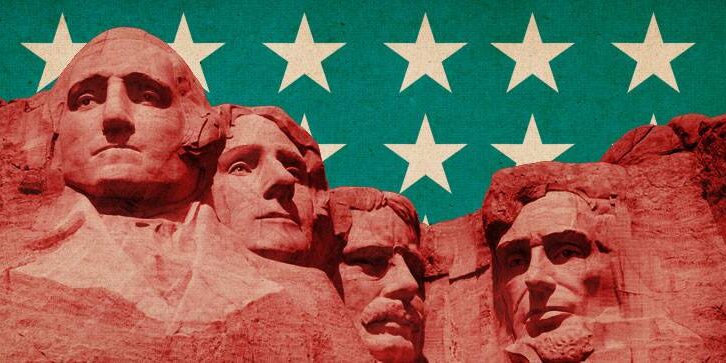 Presidents’ Day is an American holiday celebrated on the third Monday in February, unless you live in New Mexico, that is. The Land of Enchantment actually observes the holiday on the day after Thanksgiving.

Yep. Turns out Presidents’ Day is pretty complicated. From where the apostrophe goes to whom it actually celebrates, it seems there is little agreement among states and the federal government.

The holiday was originally intended to honor the birthday of president numero uno, George Washington. Calendars were complicated and hardly uniform in the late 1700s, so, February 22 was declared to be Washington’s Birthday, and a national holiday.

In 1968, Congress introduced the Uniform Monday Holiday Bill, in an effort to create as many long weekends as possible for U.S. workers. The bill shuffled around several holidays, and made it so that they would always fall on a Monday. This included Washington’s Birthday, which was, per the bill, designated to fall on the third Monday in February.

During the debate of the bill, many members of Congress pushed the idea of renaming the holiday Presidents’ Day to honor fellow president Abraham Lincoln, who had a nearby Feb. 12 birthday. Lincoln’s birthday was already celebrated in several states, but was not a federally recognized holiday.

The idea stuck, just not officially. The holiday was moved off of Washington’s birthday and became informally known as Presidents’ Day. The name was never actually changed in the statute.

According to TIME, “when the new holiday rules took effect a few years later in 1971, the retail power of states such as Texas and California latched onto the Presidents’ Day name. Businesses around the country started using that moniker to promote February sales, starting as early as Lincoln’s birthday and again around Washington’s birthday…Coupled with the fact that some states were still honoring Lincoln with his own holiday and the federal code permits states to use whatever name they want for a federal holiday, the merged Presidents’ Day name offered uniformity across the country.”

In 1999, Congress tried to make Washington’s birthday the official date of Presidents’ Day, but there was little support for the measure.

So what does any of this have to do with when New Mexico celebrates Presidents’ Day?

Again, the name Presidents’ Day is in an informal one, and it’s a popular misconception that Congress had officially renamed the day. This is why sometimes you see President’s Day, and other times Presidents’ Day. Both are correct, depending on where you live. In New Mexico, it’s Presidents’ Day.

So, there’s that, and then the fact that states are not obliged to adopt federal holidays. 41 states celebrate some form of Washington, Lincoln or Presidents’ Day, and of those, 38 recognize it on the third Monday in February (Georgia and Indiana observe Washington’s Birthday on Dec. 24th).

New Mexico wanted to give its workers extra time around the holidays, so lawmakers penciled it in to annually recur on the day after Thanksgiving.

Not quite. (Like I said, it’s complicated). Many New Mexico state offices are closed today, as are schools. Meanwhile, retailers are offering President’s Day sales and promotions. So what’s the deal? It seems this calendar kerfuffle boils down to a combination of choice and general misunderstanding of when and what Presidents’ Day is.

There is one certainty, however, and it’s that the State Employees Credit Union will be open on Presidents’ Day to help members with their banking needs.

Buying a car this Presidents’ Day? Check out our auto financing options. You can’t beat them.

Feel free to stop in or give a ring. The folks at SECU are always here to help.